Founder of 2 thriving Piping non-profits, serving Boards of Directors since 1992 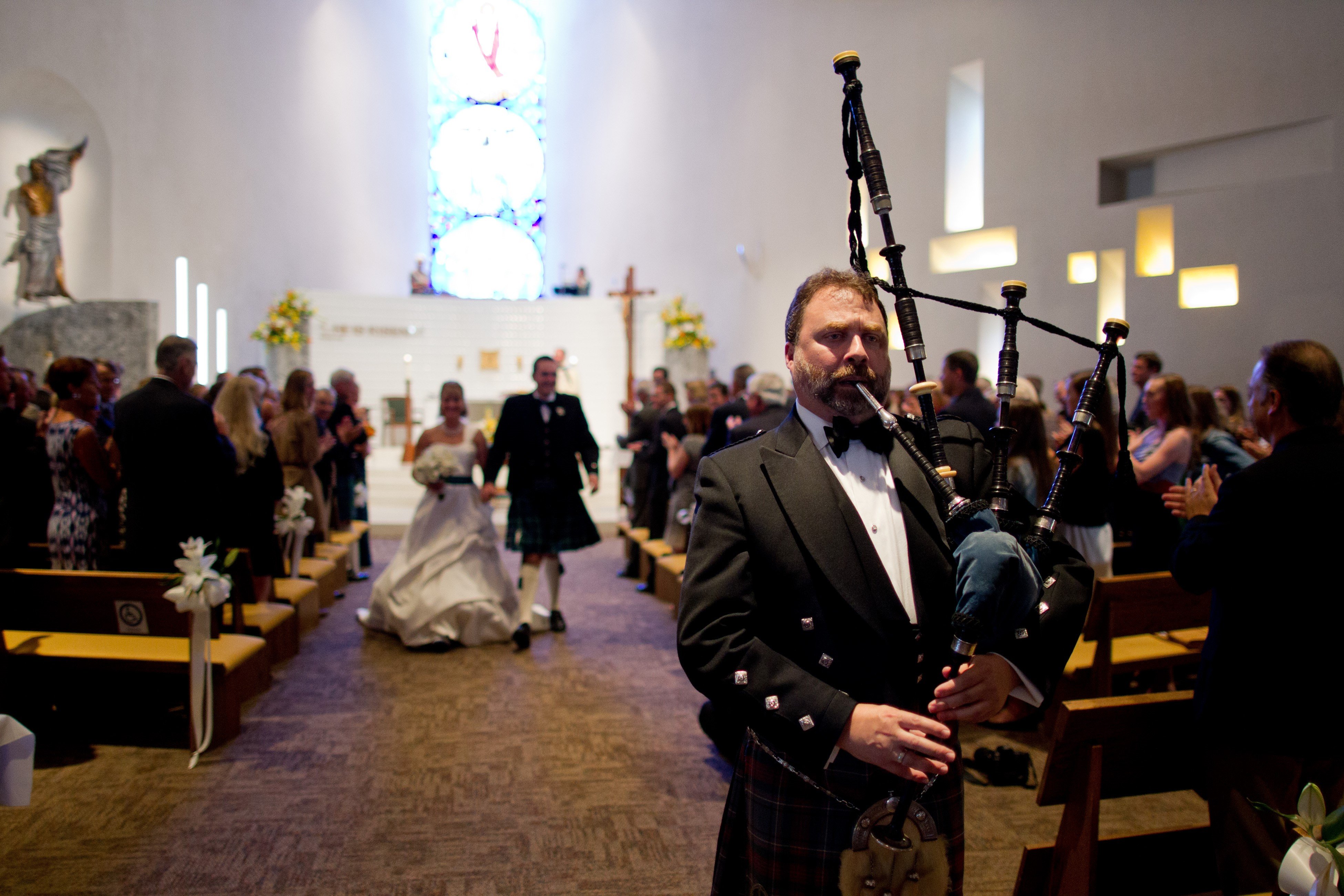 Performing on my Grandfather’s ca 1900 Bagpipe, Denver 2012. Grooms mother, a full time music teacher in Washington State, wrote… “Your presence added so much – your beautiful piping, both at the church and the Inverness Hotel, has created wonderful, indelible memories for all who were there.  Your gift of a composing a special march for Margaret and Patrick is a real treasure.  They have their copy on the wall in their dining room, and I played it for them on piano.  I so enjoyed getting to know you, and look forward to working with you again next spring with the Bremerton Symphony Concert Chorale – what fun that will be!  Thank you for being part of that special, unforgettable weekend.”

“…tis my delight – alone in summer shade – to pipe a simple song for thinking hearts.”    -Wordsworth

Every performance is my only performance.  Every student is my only student, every composition is my only composition.  To accommodate different performance spaces, I have prepared different volume-ranging bagpipes for spaces tiny to extra-large.  Since 1992 I’ve taught bagpipe music — to women, men, to the young, very young and not-so-young — in person, in classes, and thru my advanced Skype studio in Seattle.  I’m no stranger to the hot seat either  — “The best musicians continue to learn,”  and in 1996 I was offered the chance to create my own Continuing Education, creating from scratch curriculum and framework to take advantage of hosting the World’s top Double Gold Medal pipers and World Champion drummers annually here in Puget Sound – for what became the Mastery of Scottish Arts piping program – fully considered now to be the best annual Piping & Drumming program in the world.  Since 1998, we bring the best of the top Gold Medalists worldwide, 8-10 of them annually, to teach me and 80 other bagpipe musicians at the Winter School.  It’s a wonderful thing — and the only place in the world where these teachers gather to pass on their craft.  For myself, it’s become a ‘hot seat’ as I work hard throughout the year to satisfy this tremendous group of instructors.

And finally, Thank You for finding me here.  More detail about my background, including non-profit bagpipe volunteerism, performances of note, awards etc., is all here.  If you would like, the ‘behind the curtain’ view, my Blog is here too (selected by Feedspot as one of the Top 30 Bagpipe Blogs on the web). 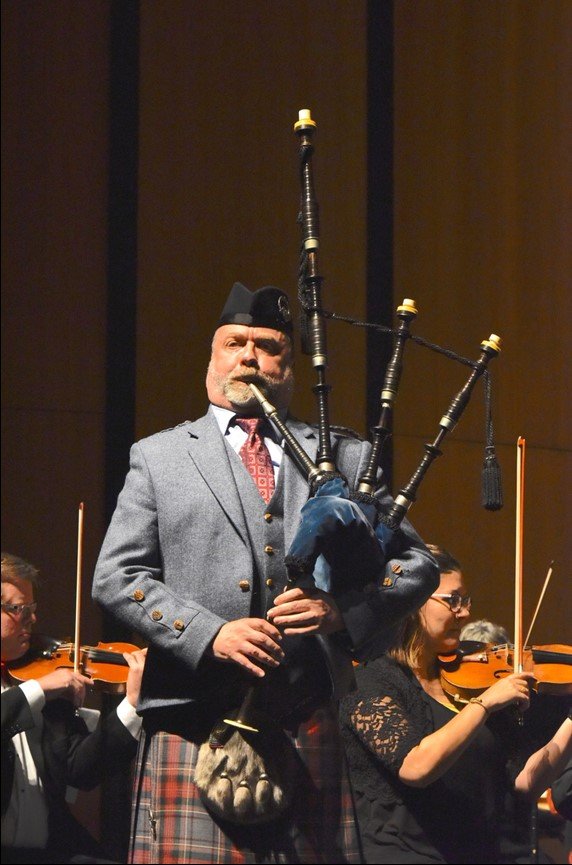 October 19 2019 – in concert with the Skagit Symphony, Peter Maxwell Davies “An Orkney Wedding, with Sunrise”, Mount Vernon WA. Grandpa’s ca 1900 full Lawrie Bagpipe, set to concert pitch A440 (here, drones are lengthened with Extenders to assist with having the pipe at Concert Pitch).  Photo by Dave Prinzhorn. 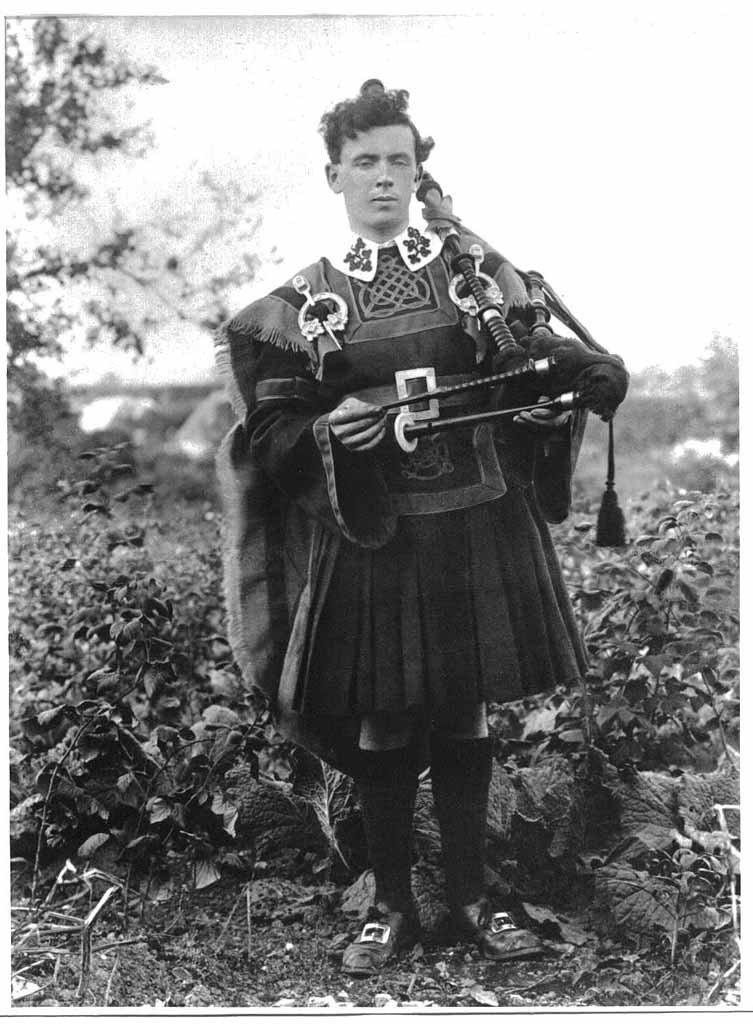 My grandfather with ca 1900 Lawrie “War” Pipes. Grandmother gave me his instrument & uniform when I was 9, he passed when I was 4. In 2009, I won the World Solo Amateur  Championship, Piobaireachd, in Glasgow, a few blocks from where the pipes were originally made. 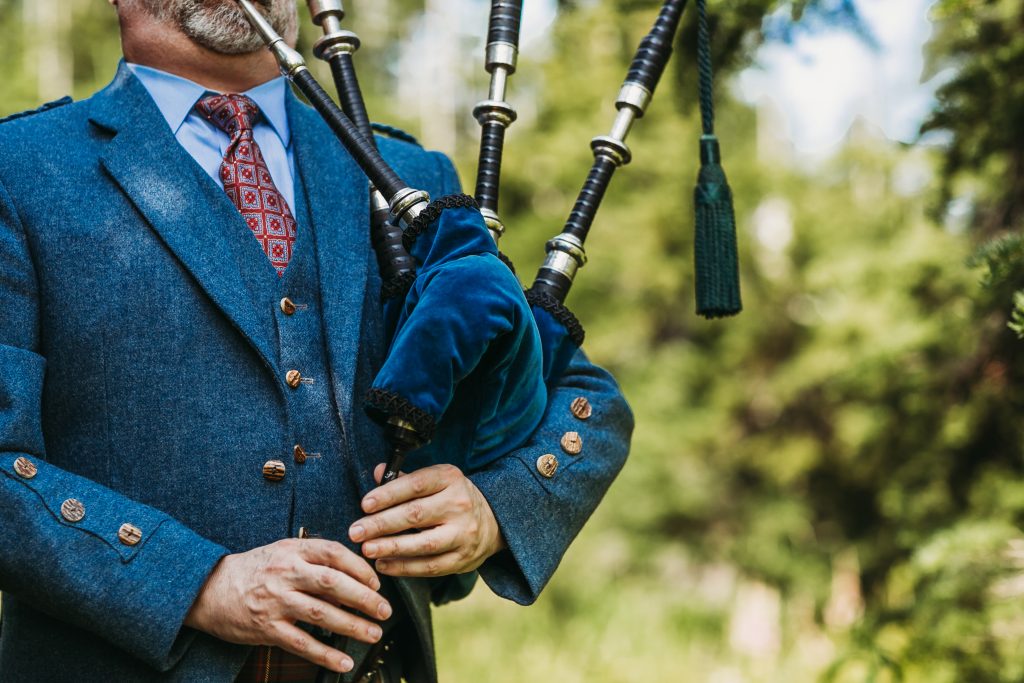 Tyrone, with ‘daily driver’ – David Glen silver/silver bagpipes, made in 1890 — performing at 4500′ near Mount Baker, August 2019, for a Scottish family and their Glasgow musician friends that flew over for the wedding. From the Groom’s father….”Tyrone, just a brief note. I cannot thank you enough for making that event ‘sparkle’. Your piping was well received and appreciated for its quality and uniqueness. We are still in the ‘after glow,’ of it all but we were so lucky to have you part of it. Also, Donald was saying that he almost stepped in with a highland story to follow your piping at the reception. He noticed how rapt folks were and the mood you created seemed to lend itself to a highland tale of old. Anyway, best to you and yours and thank you once again. Cheers.”