By Tyrone Heade on October 4, 2017 in Information 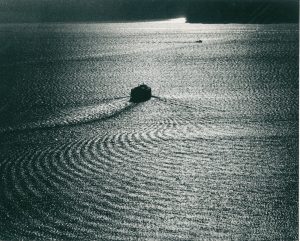 Go ahead and read this quote again.  It reminds musicians about their job, and our patrons why they have us.

For Seattle funeral bagpipe musicians, the unseen work on bagpiping is important.  Proper practice, instrument maintenance, learning and memorizing complicated music, instructing others on the art of piping or being instructed ourselves.  It all adds up to excellent musicianship on a complicated instrument.  Our music must be played ESPECIALLY well, sans distraction, played expertly and seemingly effortlessly.  We’re called to an extra-special task:  to help others move forward.

Our music, well played, helps folks come to terms.  Memorials, funerals, inurnments, internments.  In parks, cemeteries, beaches, mausoleums, columbarium’s, cathedrals, churches and chapels.  On ferries, lake fronts, islands, on peaks and in valleys.  We need to know what to play (and play it at our best!).  Selections of different ethnic backgrounds, religious beliefs (or an absence of belief).  It all adds up to moving the family forward through great music, without any instrument distraction.  With kindness, without distraction, and skill to move everyone forward.  Bagpipes for outdoors, different pipes for inside. 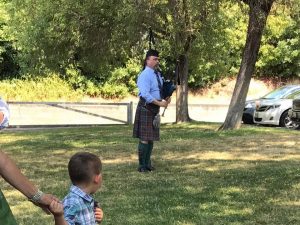 I grew up playing my Grandad’s pipe; he passed when I was a toddler (the family is pretty sure he’s heard me since).  My grandmother passed suddenly years later, unfortunately just after I had surgery – so no piping that time either.

One of their daughters passed this summer, and requested the family instrument in Grants Pass, Oregon.  Grandad’s set of ca 1900 Lawrie’s needed to be up and running right away.  No flaws.

For a Yakima Symphony performance in 2014, I set Grandpa’s pipes to Concert Pitch (no crossing international borders with their ivory anymore).  So a good going thru, normal-pitch reeds replaced.  Set up a modern Strathmore bagpipe chanter set to blend with the ultra smooth, velvet sound of the early Lawrie drones.  Even put back the original Bass Drone bottom section I replaced in 1992, making them a tad tricky to start; but What a Glorious Sound!

I tuned them on Monday, probably 76 degrees in Seattle.  Tuesday drove to deep Southern Oregon, with Grandpa’s pipes along with Great Small pipes for inside the church.  The Funeral Mass and internment was Wednesday, 113 degrees.  The pipes never moved from Monday’s Seattle tuning.  Not a smidge.  Marched her into the church, marched her out; into the internment, and then after the family spoke.  No change from Seattle tuning, two days, 37 degrees and 500 miles difference.

Seeing bagpipe sound is believing…
A Bagpipe Music Competition, a Castle, and a Birthday