By Tyrone Heade on February 25, 2018 in Announcement 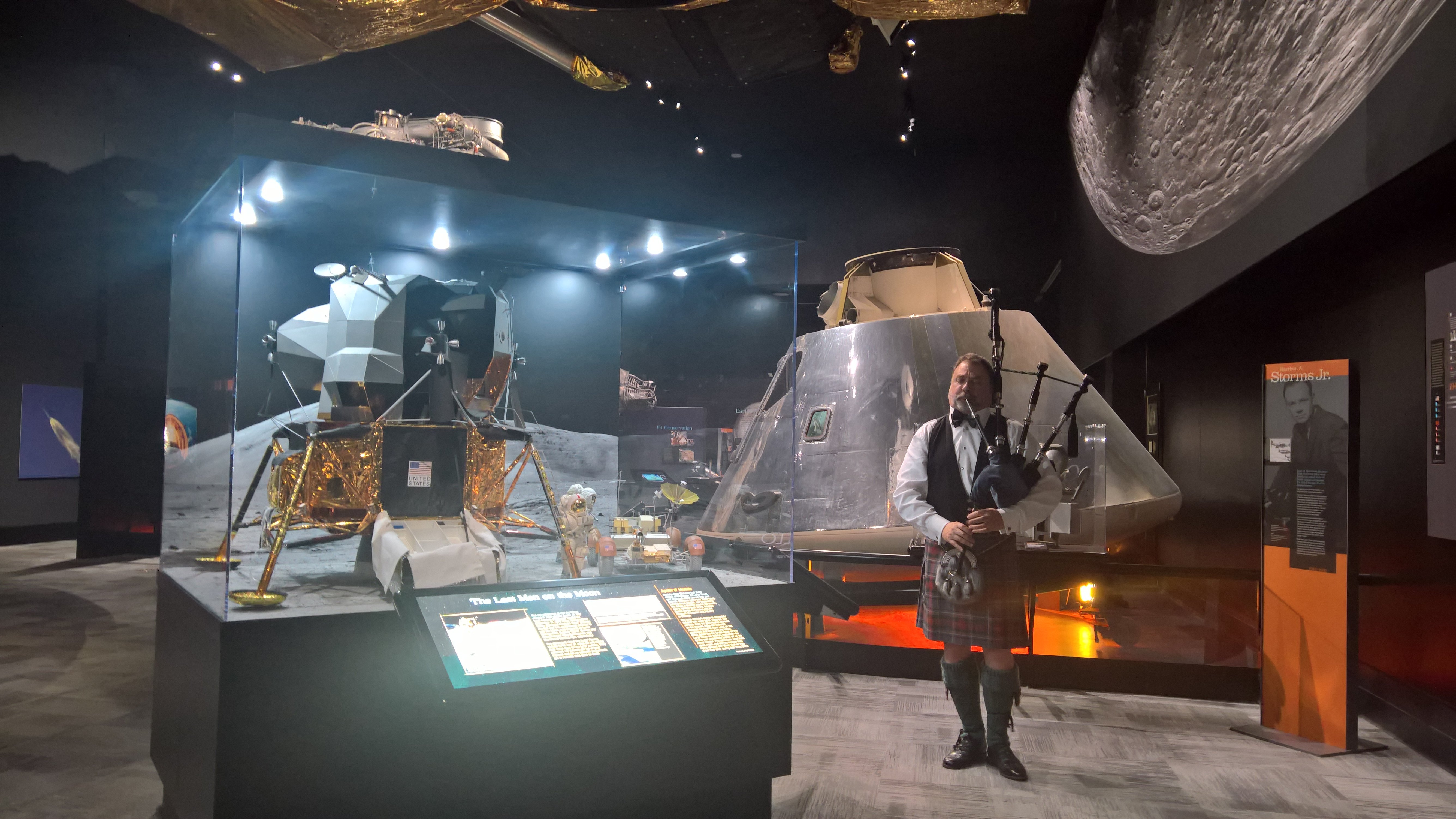 In Space… Everyone can year your bagpipe!

Seattle’s Museum of Flight is an extraordinary highlight of the Pacific Northwest.  Luscious displays detailing the Wright Brothers, to the Shuttle, the Concord, World War II fighters and Apollo missions all under their own roof.  And those are just a brief scratch off the top our lovely Museum of Flight.

Space caught my eye in 1st Grade, when I was five.  My teacher in Clatskanie, Mrs. Long, noticed I was set on it too.  Four years before my introduction to Grandad’s Irish War Pipes, I was all about Space, flight, rockets, gravity, the Moon.

When I moved to Seattle in ’88, and became entrenched with the bundle of excitement our Flight Museum presents, well, they were pretty excited about bagpipes as well.   In 1984, one of the first fundraisers for the museum involved the Concord arriving in Seattle with over 200 cases of wine for an auction.  Greeting the Concord was the City of Seattle Pipe Band, filled with pipers that would teach here for decades.