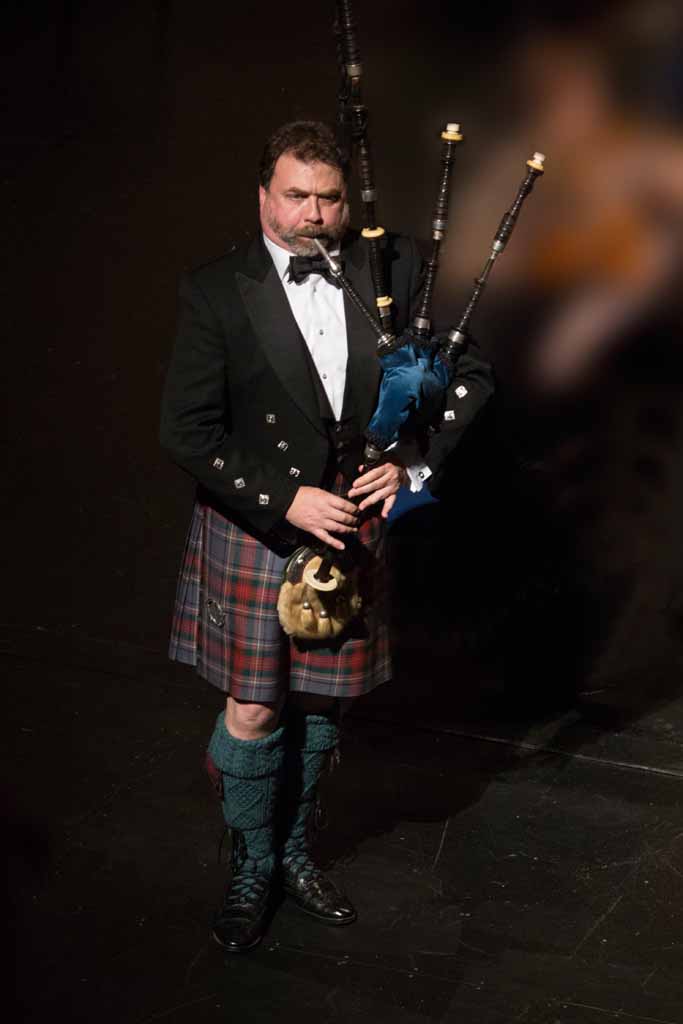 Tyrone was given his Grandfather’s pipe, along with two faded photos and handwritten bagpipe music, when he was nine… and just kept playing.  He quit his previous career in 1994 when a friend advised “Do what you love” (…and laughed at the thought!).

Asked to be Cathedral Piper in Residence for Seattle’s St. James Cathedral in 1990, followed by St. Mark’s Cathedral request for the same in 1993, Tyrone began a string of long-term commitments, further stoking his passion to move bagpipe music forward.  With pipes of different volumes and timbres, Tyrone developed an excellence for performance, instruction, composition, musical directorship and longstanding non-profit leadership.  With gratitude, he has been trusted by noted musicians and non-profit leaders alike.

Offered to create his own world-class “continuing education”, Tyrone helped to begin and develop the curriculum of the Mastery of Scottish Arts Winter School, bringing a world-class faculty to teach annually. The Winter School grew strength-to-strength from 1996 to 2008 when it merged with the Celtic Arts Foundation, an hour north of Seattle in Mount Vernon.  Celtic Arts debuted its $2.6 million Littlefield Celtic Center performance hall in 2015.  The Littlefield Center is now known for its quality Celtic music and acoustics, favored by Celtic musicians traveling North America from around the world.  The Celtic Arts Foundation, including the Littlefield Celtic Center, has virtually no debt.  Today, the Winter School is known as consistently curating the best Bagpipe Music instruction in the world.  It now spans two weeks in a quiet location on the Hood Canal, featuring (for the first week) 8-10 Double Gold Medalist Highland pipe instructors from Scotland and Canada, and 4 world champion drummers from Scotland, Canada and the US.  The second week, with a focus on bellows pipes (Reel Pipes, Small Pipes) and fiddle, whistle, and an accompaniment program for piano and guitar, with 7 instructors of top World status, coming from Scotland, Cape Breton and the US.  The Celtic Arts Foundation works diligently throughout the year on detailed Visa efforts to bring the best instructors for our students.  The Masters of Scottish Arts Concert is regularly performed at Seattle’s Benaroya Hall, home to the Seattle Symphony.